Donna Posted in Optics — No Comments ↓

Seemingly, all possible configurations of multiple video cameras slapped together to create 360-deg video were on display at CES, including the wheeled contraption below from Radiant Images that I came across at VR Fest and the more compact Nikon KeyMission 360, which was kept in a closely-guarded case at the Las Vegas Convention Center.  The beauty of these cameras is that the entire surrounding scene is recorded and can be played back using virtual reality goggles to create a totally immersive environment, in which you can turn around, look up and down, viewing the world as you would normally.  Of course, the fewer the cameras, the greater the field of view coverage required of each camera.  Hence, the lens requirements, as well as the process of stitching the images together smoothly is more of a challenge.  So, I would expect much higher quality video from the larger 360 systems. 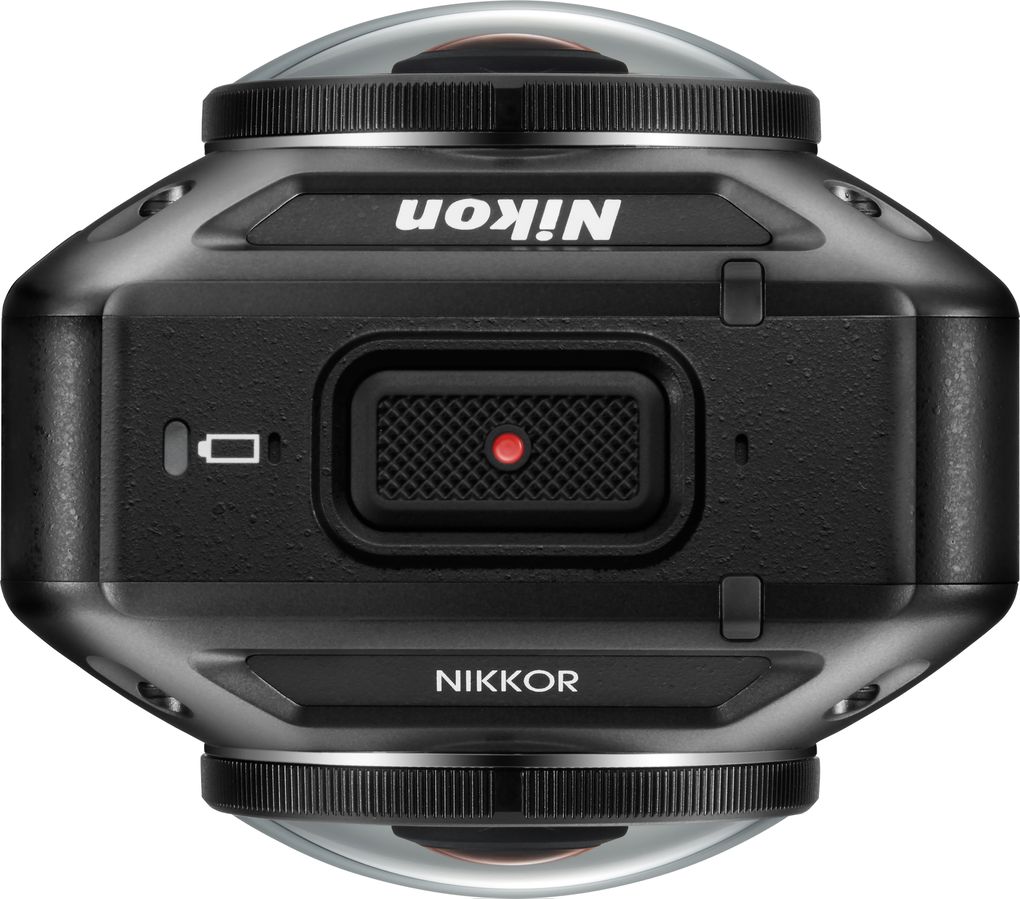 VR Fest was held at the Palms Hotel, away from the Convention Center, so it was less crowded and I was able to demo some of the latest VR headsets without much wait, including the long-awaited consumer-version of the Oculus Rift (now on pre-order) and the HTC Vive.  The new Rift is comfortable and touch controllers are available, but I’m more interested in visual quality and the screendoor effect (from visible pixel edges) is still a bit distracting.  In any case, we can thank Oculus and the forces behind it for facilitating the expansion of VR into the consumer space and I will continue to watch them.

The HTC Vive demo was very impressive.  If there was any sacrifice of visual quality, I’m sure I overlooked it, because the content was so good.  In the first demo, I was stalked by desert zombies.  Fortunately, I was provided with virtual guns to take them out before they could take a bite out of me.  The next demo, Valve’s Aperture Robot Repair, was astonishing.  As a participant in the “Human Diversity Outreach Program”, working in the “Robot Rehabilitation and Wellness Center”, I was instructed to open a cabinet drawer, reminiscent of the locker scene in Men in Black.  Unfortunately, I looked directly into the drawer and contaminated a pocket universe.  Uh, sorry, didn’t mean to do that.  Then I was instructed to repair an 8-ft tall, mostly eyeball, and totally in-my-face robot.  That didn’t go so well, either. In the past, Oculus used aspheric singlets and I would assume that’s still the case, but they wouldn’t let me take it apart.  HTC, on the other hand, uses fresnel-based lenses, evident by rings visible at a distance from the optics, which are not noticeable during use.  As display resolution improves, it will make sense to use higher quality, color-correcting lenses.  Some high-end photographic lenses include phase fresnels and other diffractive optical elements for size and weight reduction, which is also a consideration for VR headsets.  I was able to get my hands on those lenses at CES, so that will likely be the topic of my next post.